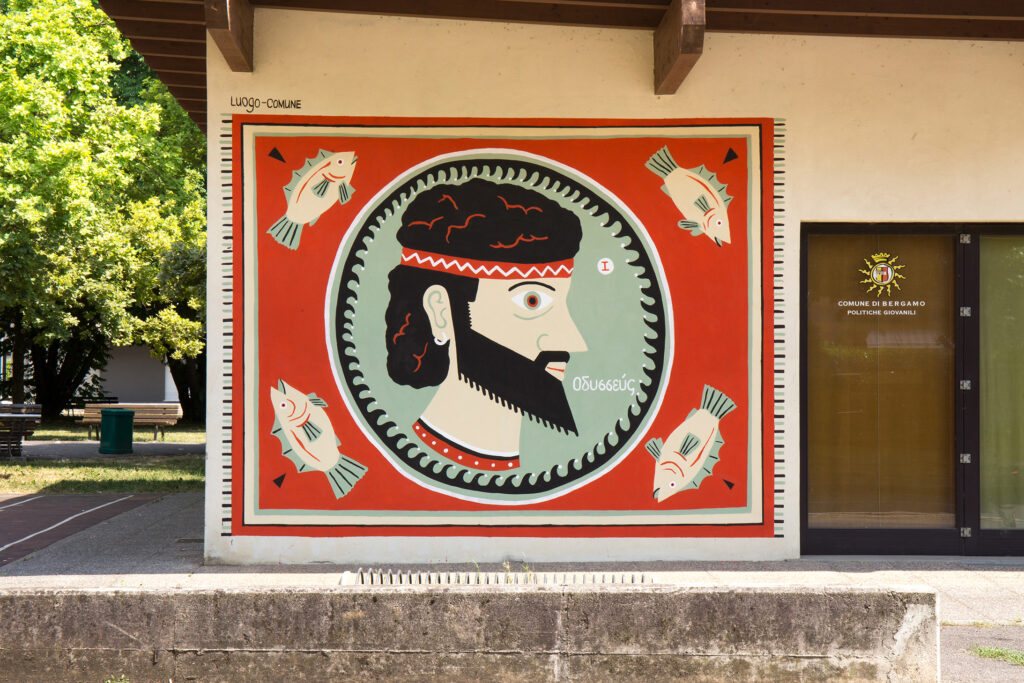 Walking in Ulysses’ footsteps for World Refugee Day. The murals created by street artist Luogo Comune in the Borgo Palazzo district are one of the locations on the tours organised by the City of Bergamo’s Immigrant Integration Project and by Cooperativa Ruah’s Migrantour to mark this day. For the occasion there are four tours on offer in four different parts of the city, to discover their distinctive features with the Migrantour guides, people with migratory backgrounds who have been trained as intercultural guides. A walk together through the different areas reveals how streets, squares and districts look through the eyes of the people who live there. Every tour is an opportunity to get to know Bergamo better, through its monuments and through the focal points of everyday life in the various zones, and to meet and talk without the usual barriers.

So on Wednesday Borgo Palazzo will be the destination of one of the tours, involving not just the Odyssey murals: participants will discover not only a number of Luogo Comune’s works created on the basis of children’s ideas but also other key points in one of Bergamo’s most multicultural districts. The day will also be a chance to raise awareness of the CAPACITyES project, the many initiatives planned and the spirit of a development which aims not for mere renovation but for true urban regeneration, to give new life to two locations of great importance for this district and for the city as a whole.

As well as “Ulysses’ Journey”, as this guided walk is entitled, the World Refugee programme will offer a tour entitled “Diversity Round the Corner”, from the city centre to Malpensata, “Micromondo” in the via Quarenghi – Porta Nuova district and “Bhinneka Tunggal Ika” in the city centre and Sant’Alessandro.